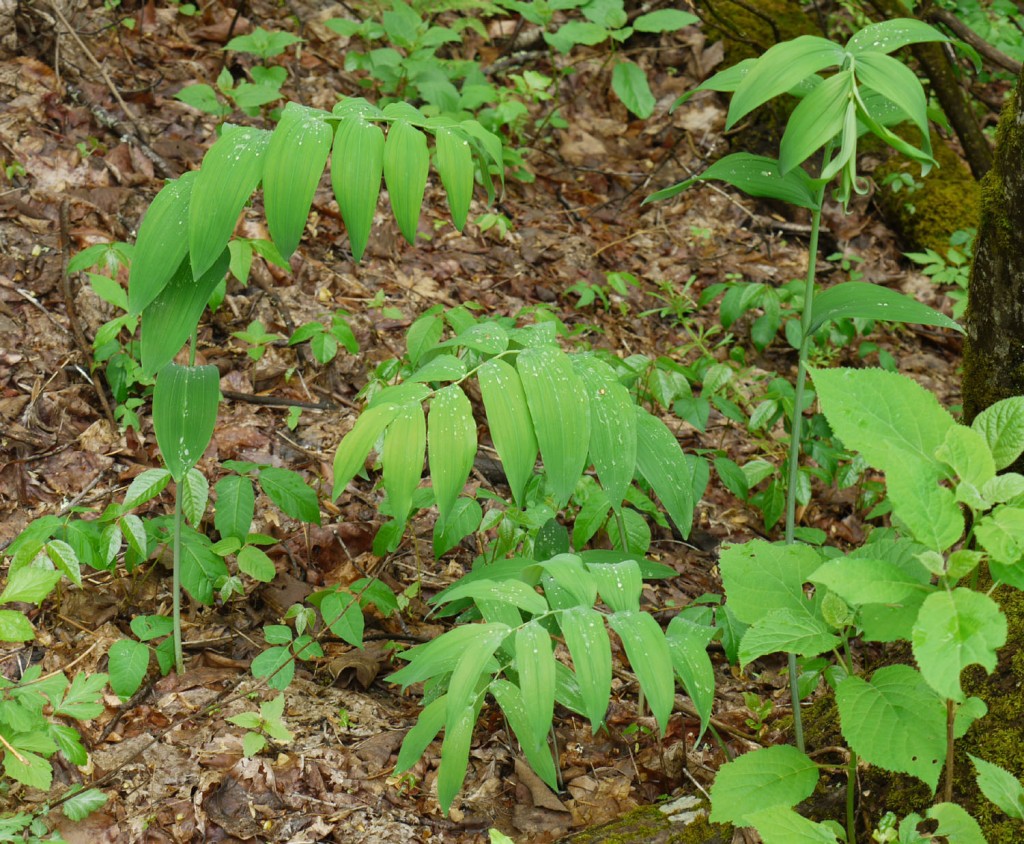 Here’s a plant which seems so easy to identify when walking in the woods — Solomon’s seal (Polygonatum biflorum).  Let’s look at this plant through a number of its life stages.  (Click on any photo to get a larger, easier-to-see-the-details view.) 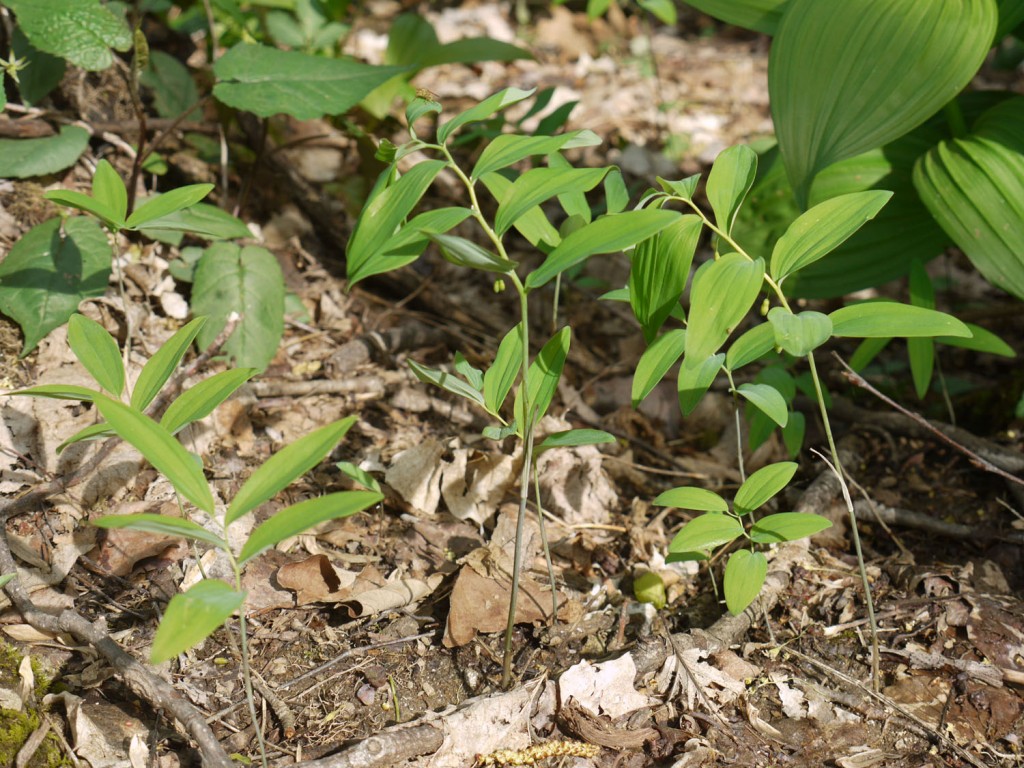 Coming up in the spring 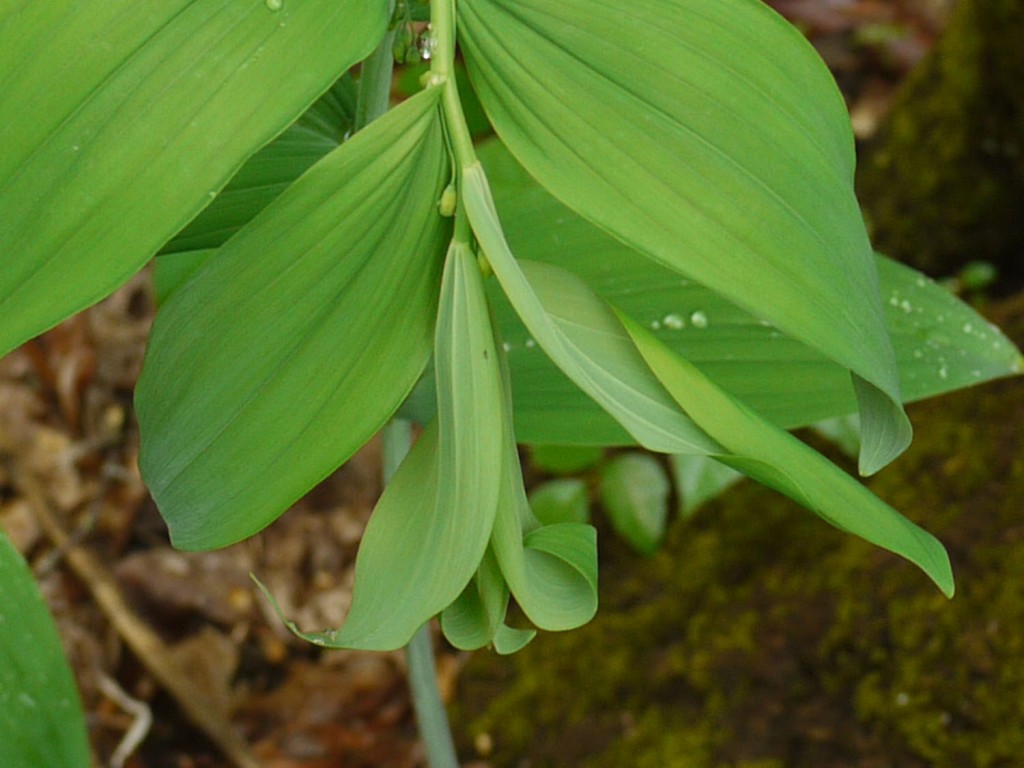 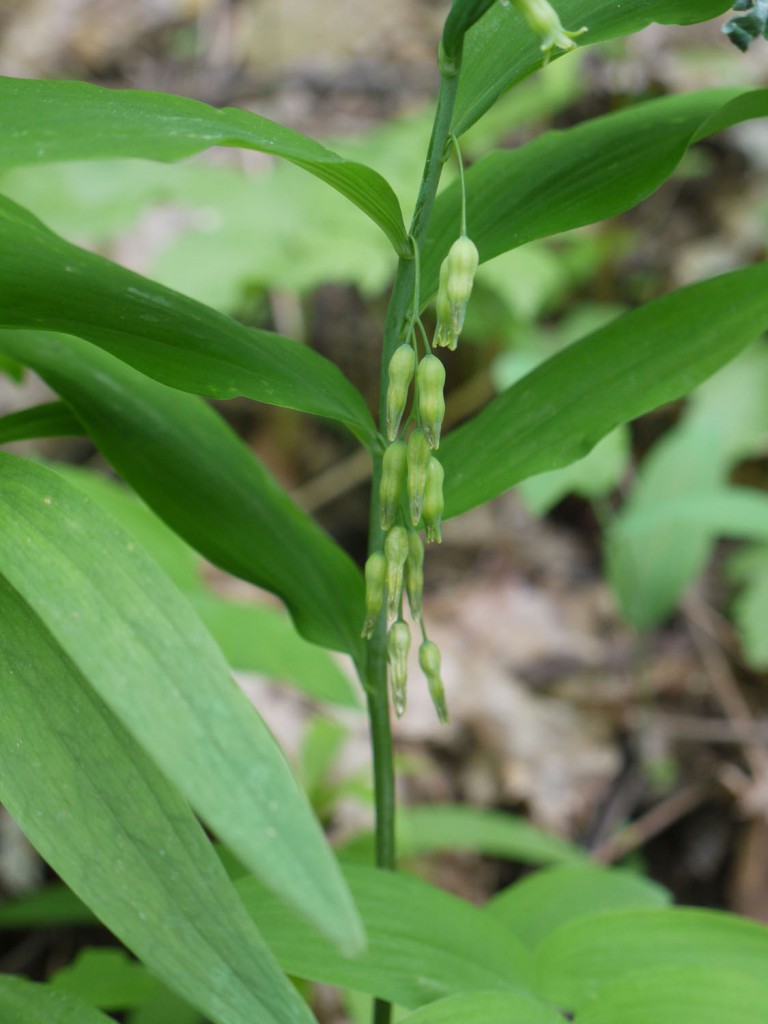 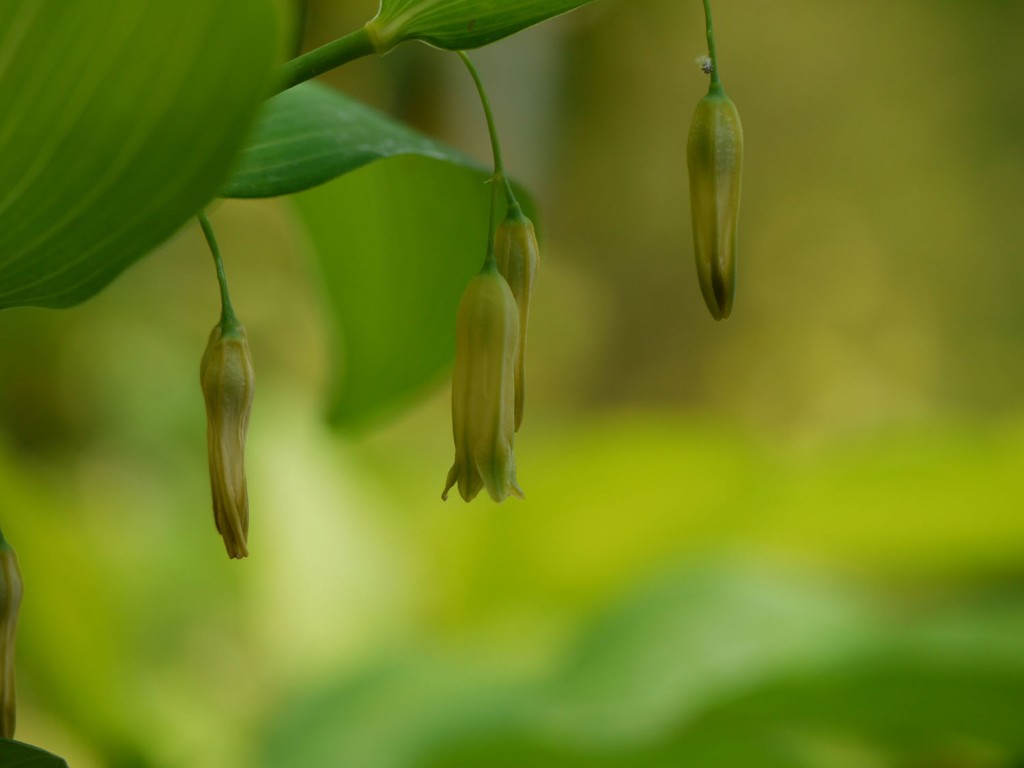 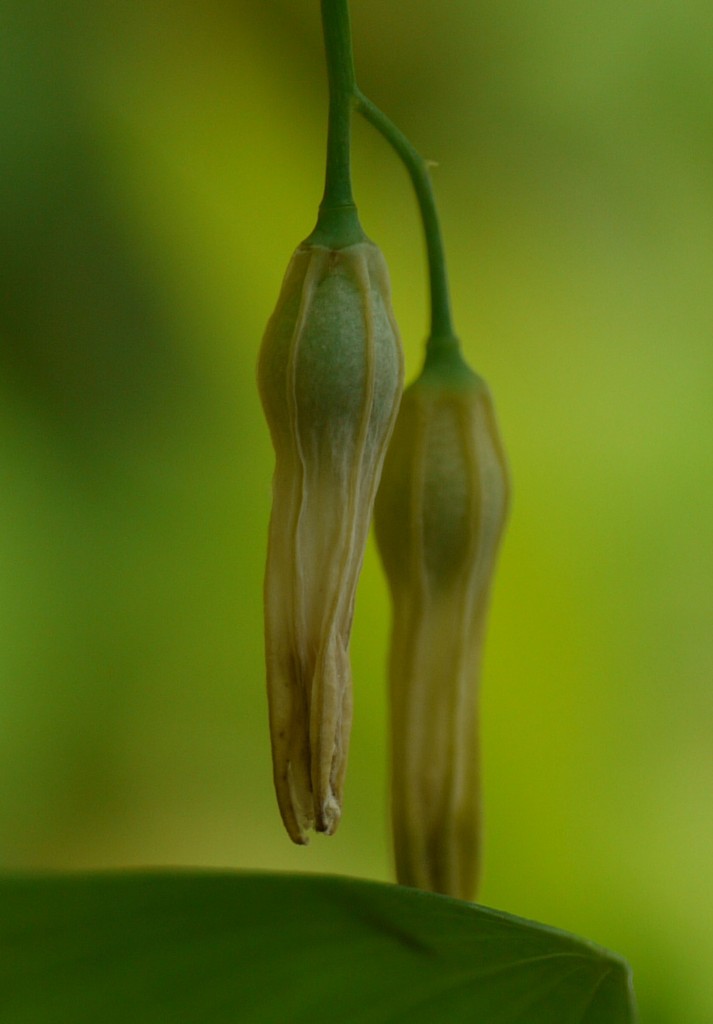 Flowers blooming (with rounded shape at base hinting at berry development) 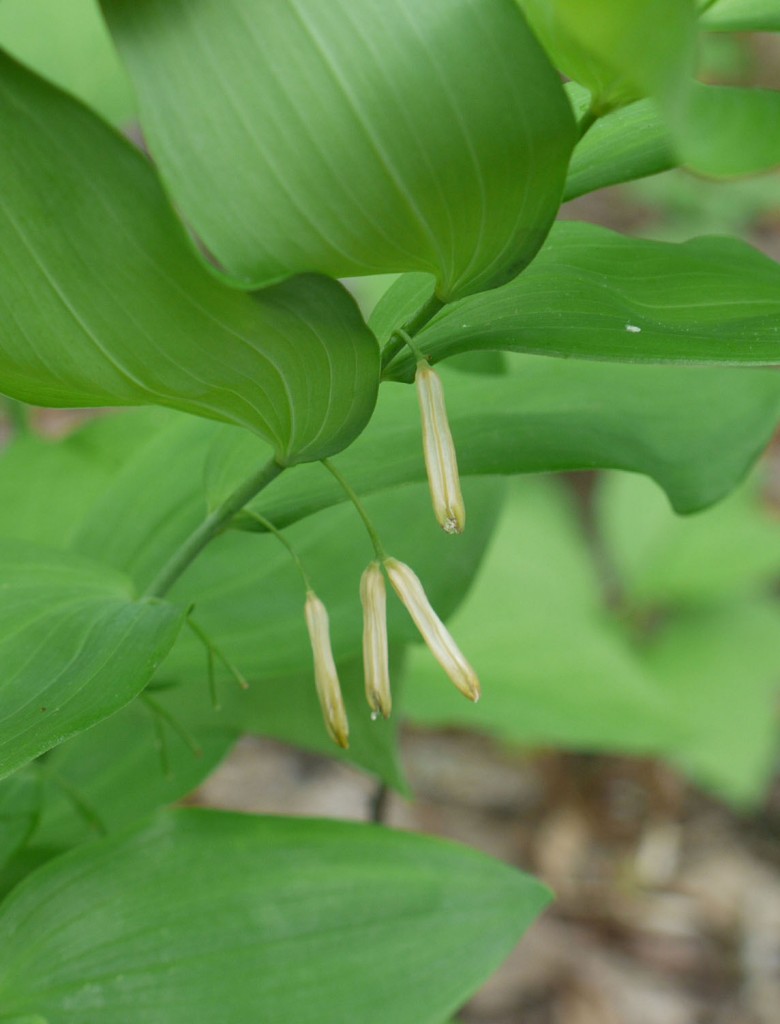 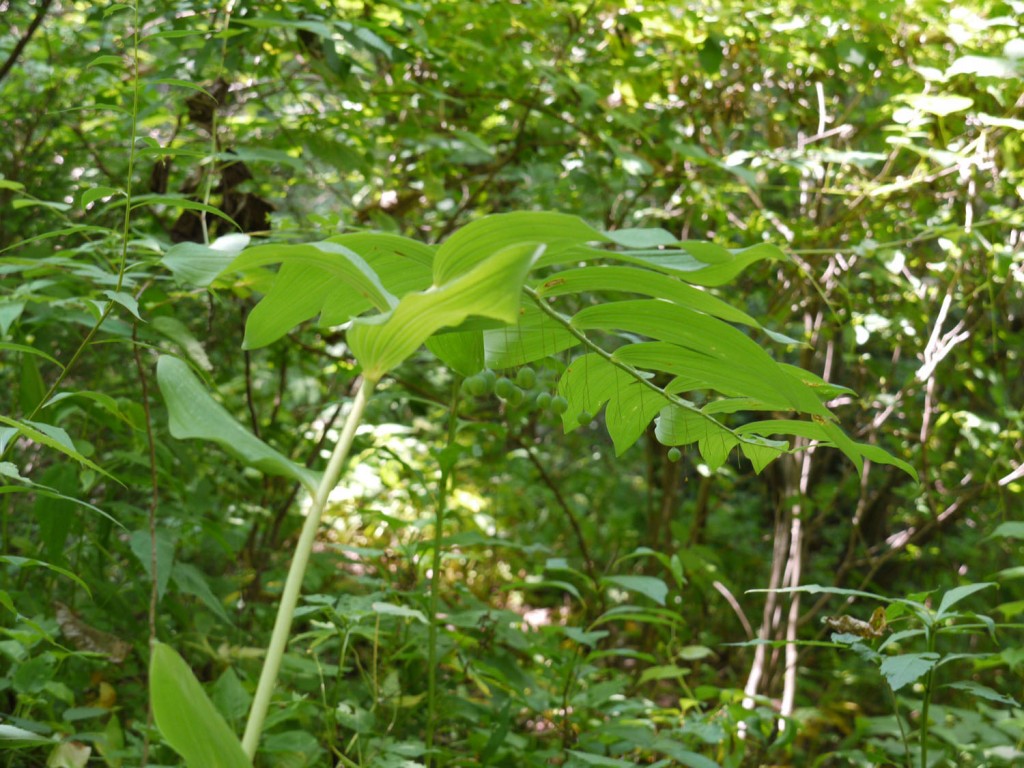 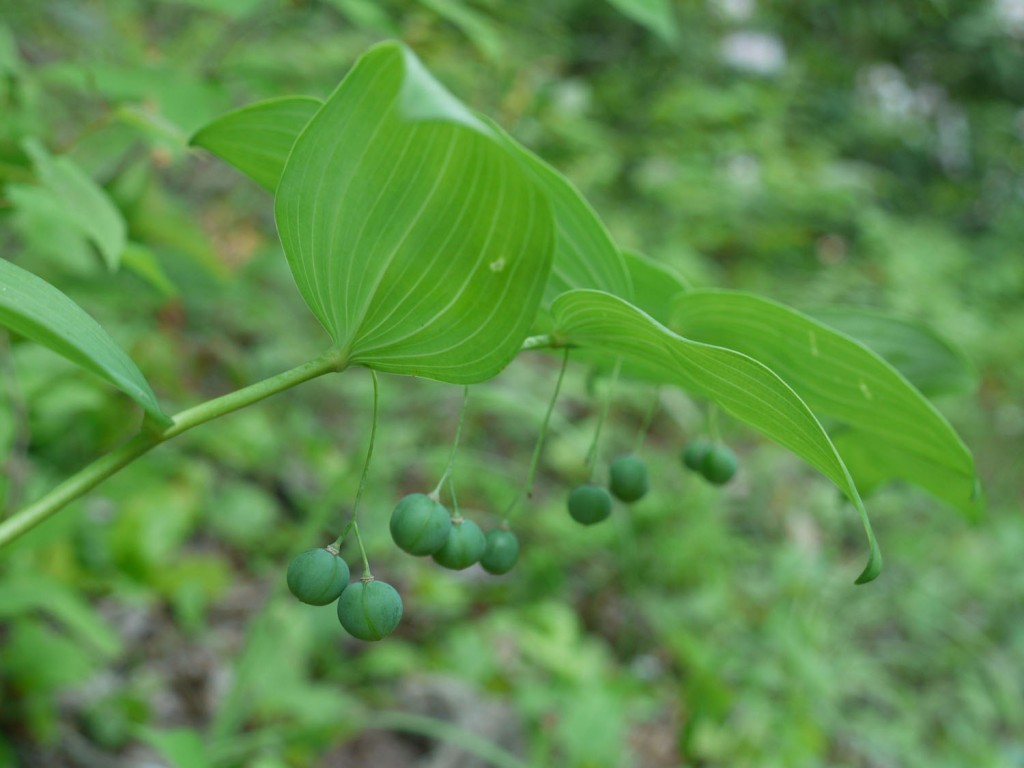 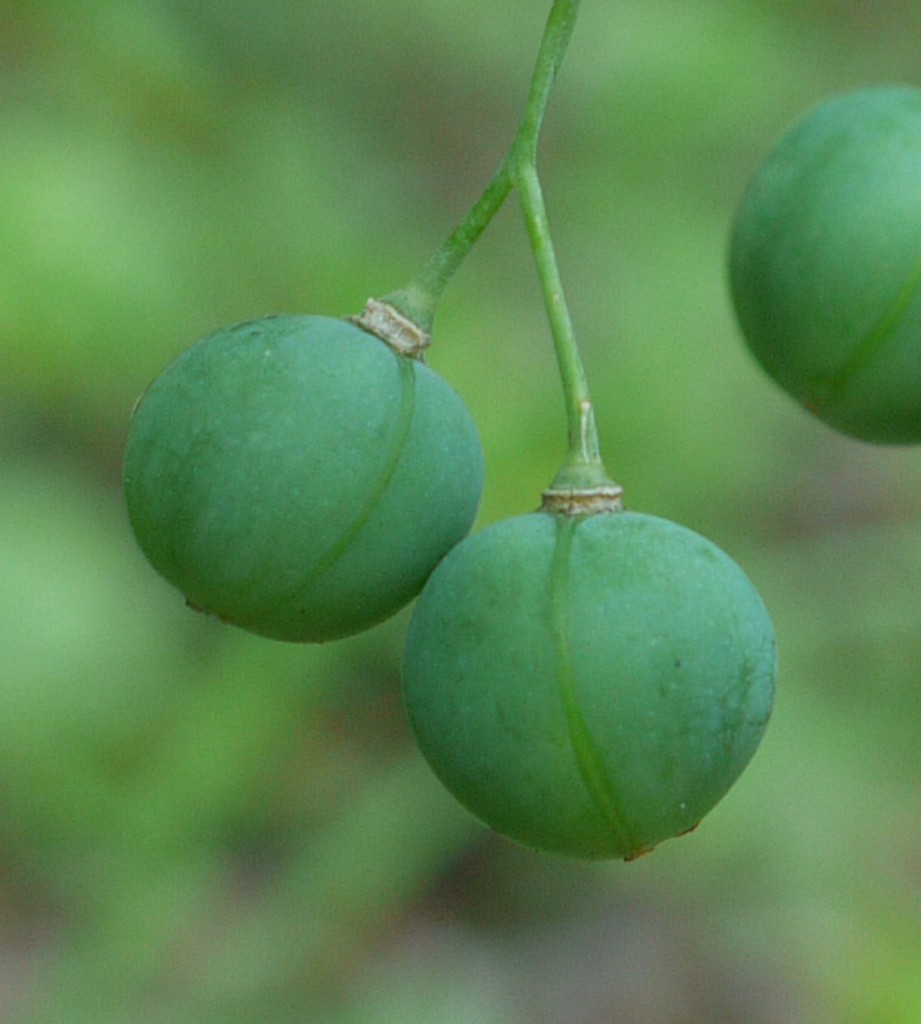 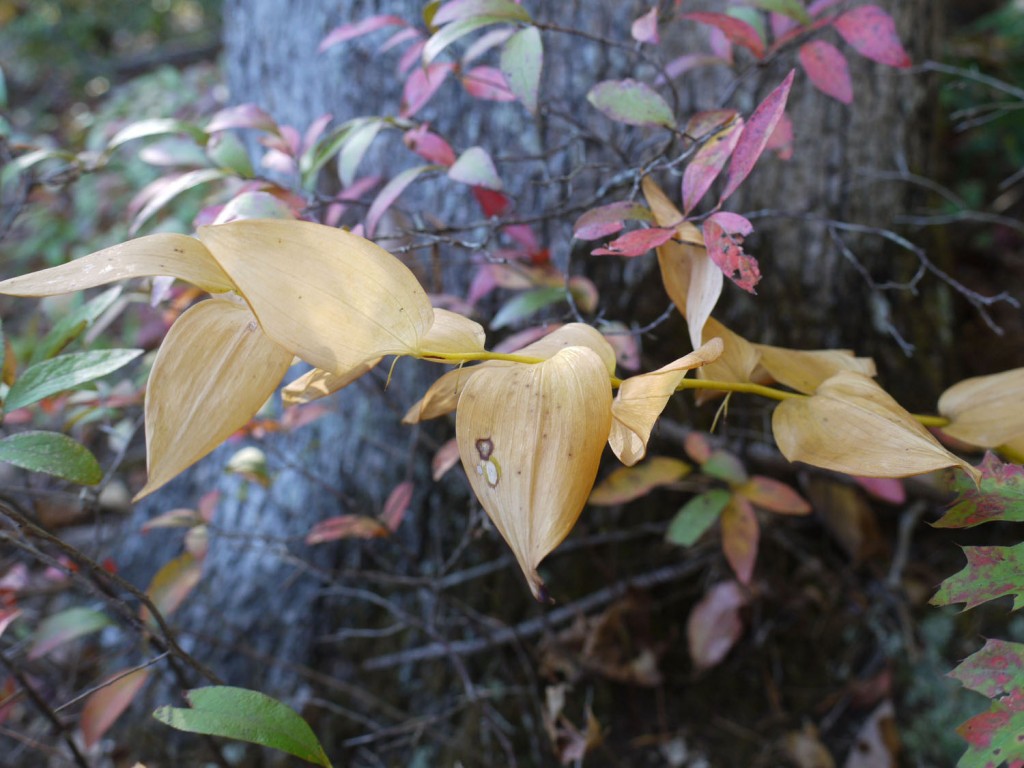 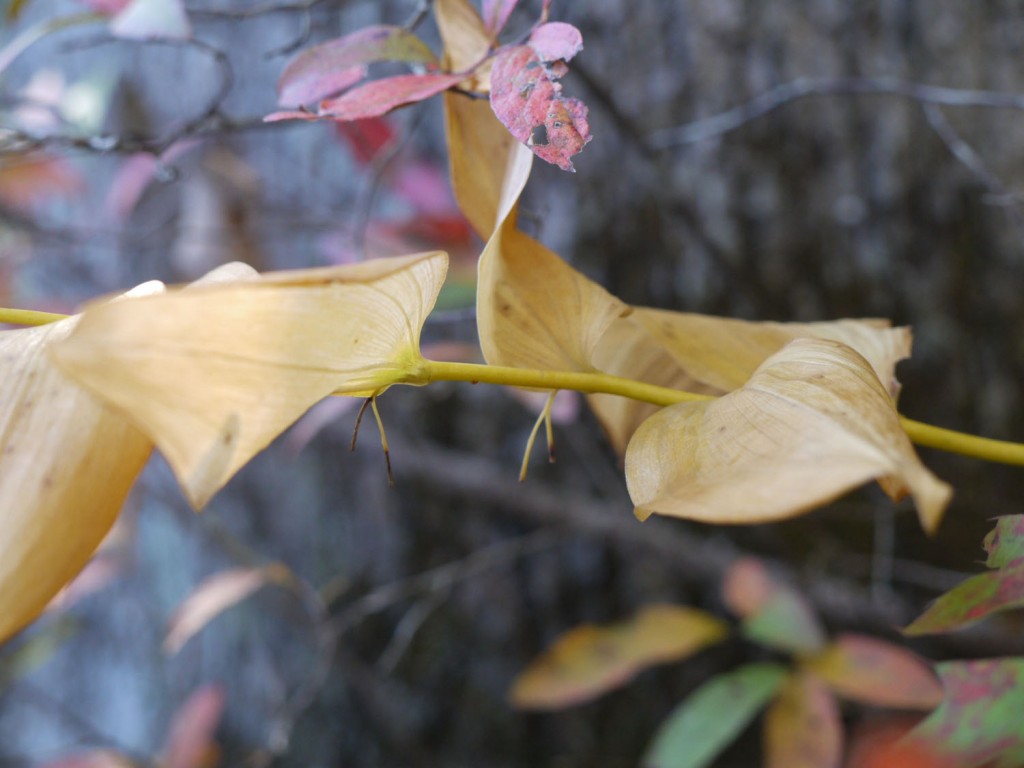 For those of you interested in medicinal and/or edible plants, Solomon’s seal can be used both for food and for medicine.  Here’s an article outlining those uses. 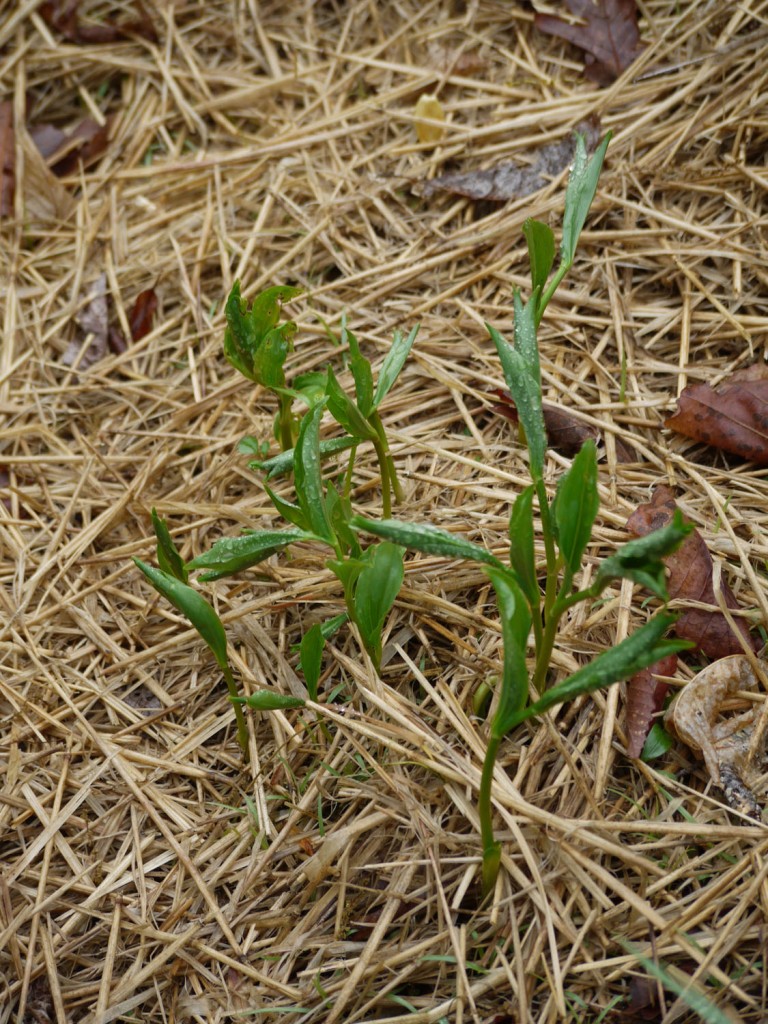 False Solomon's seal plants coming up in the spring 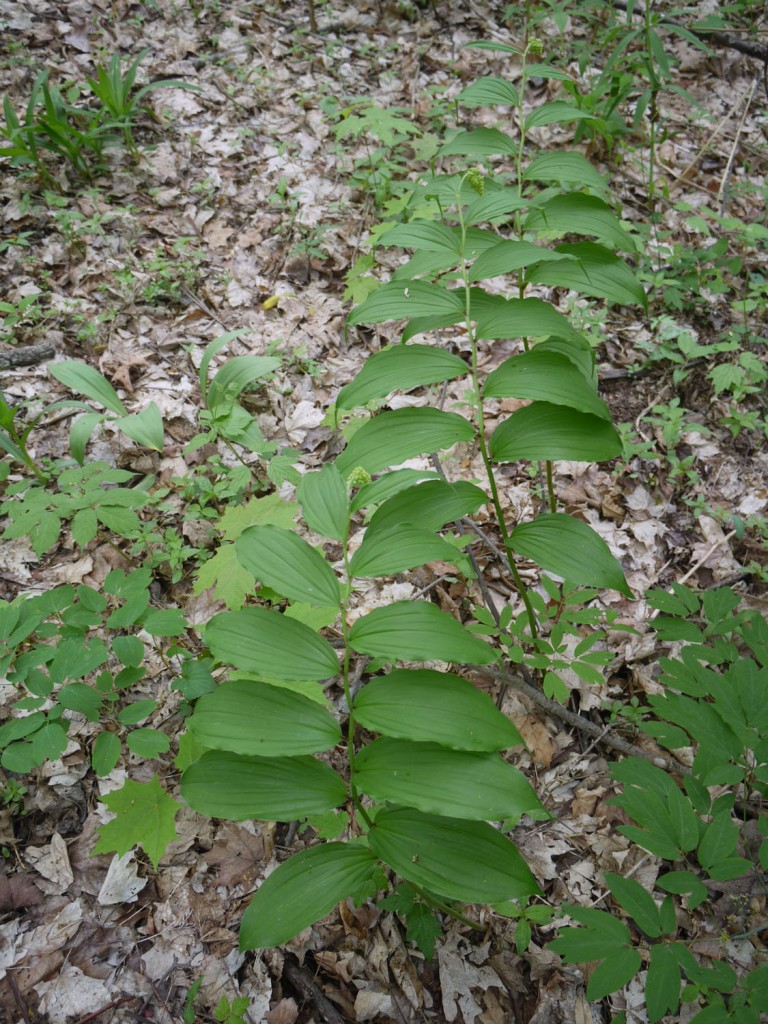 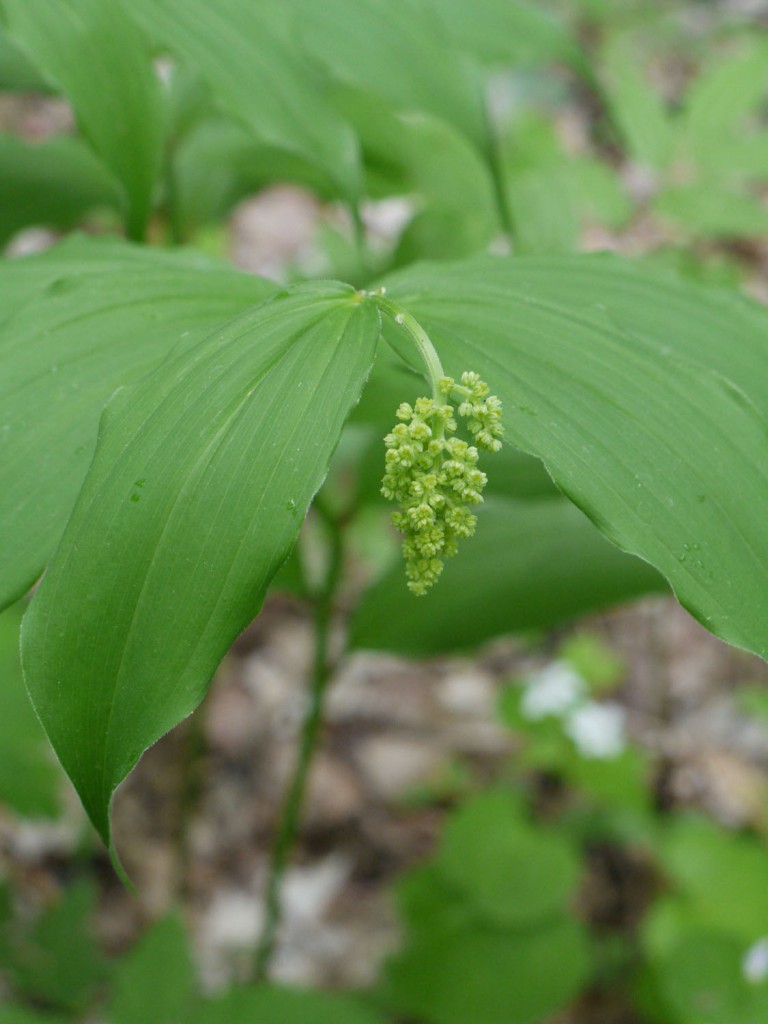 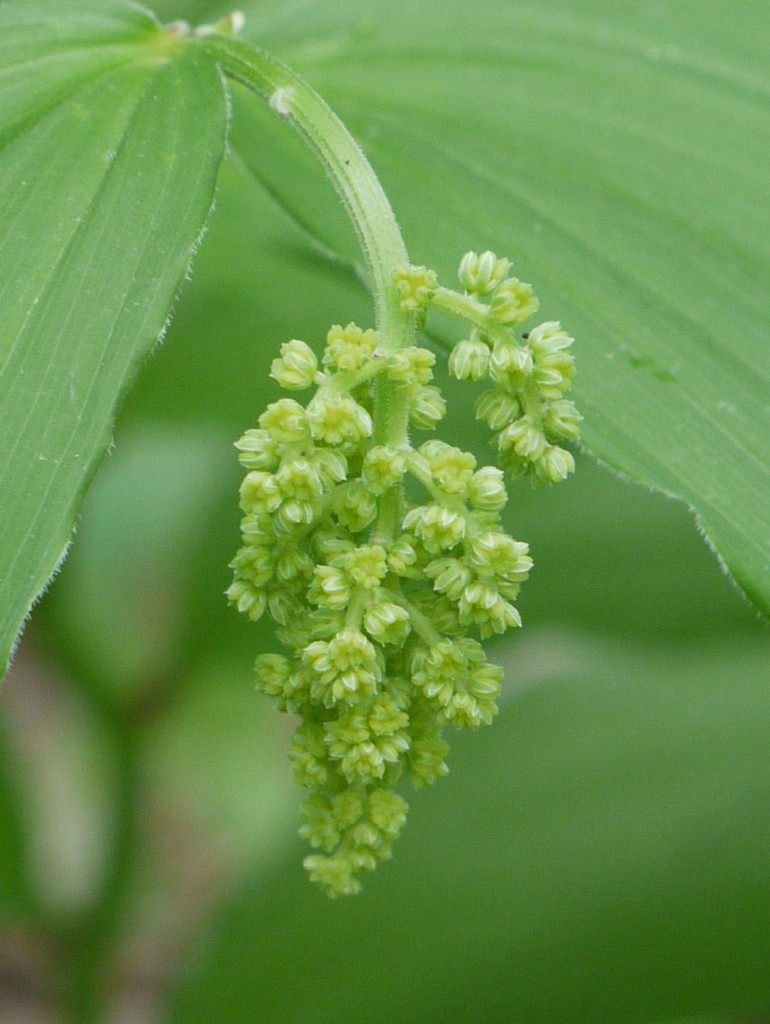 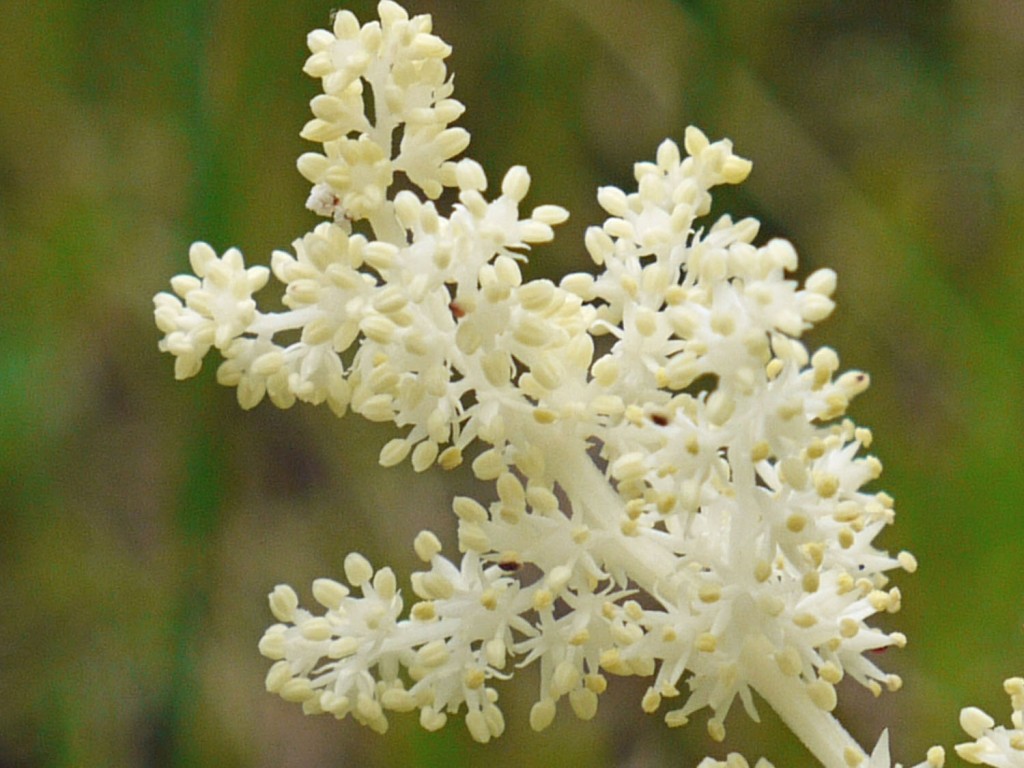 Flowers getting ready to open 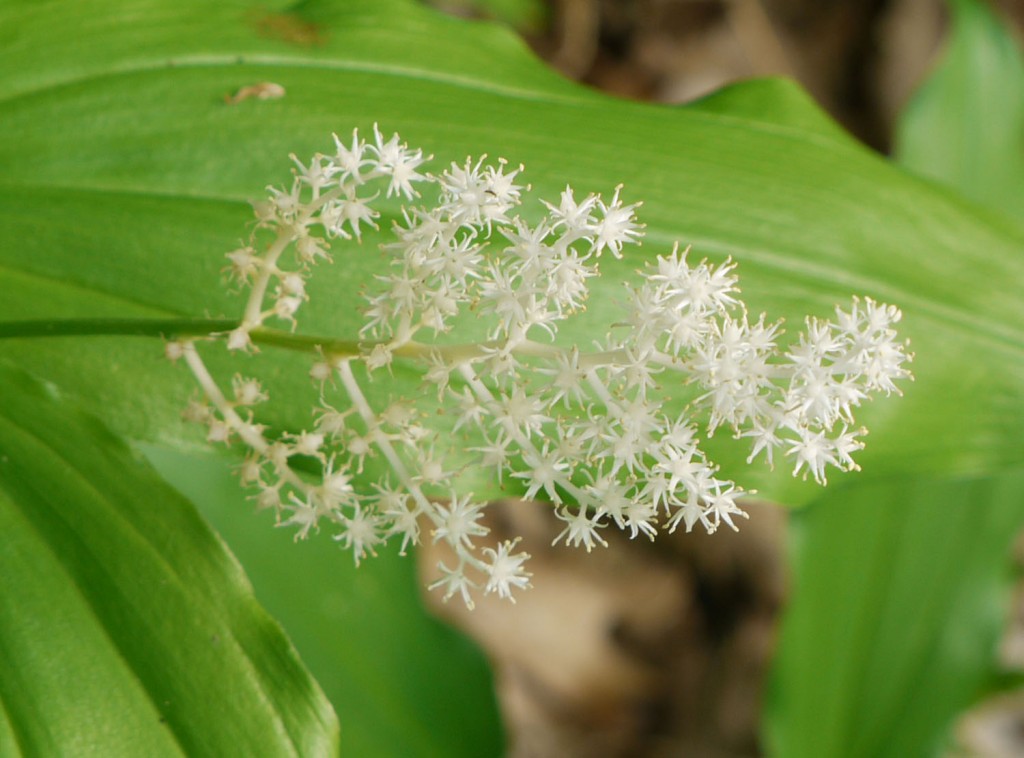 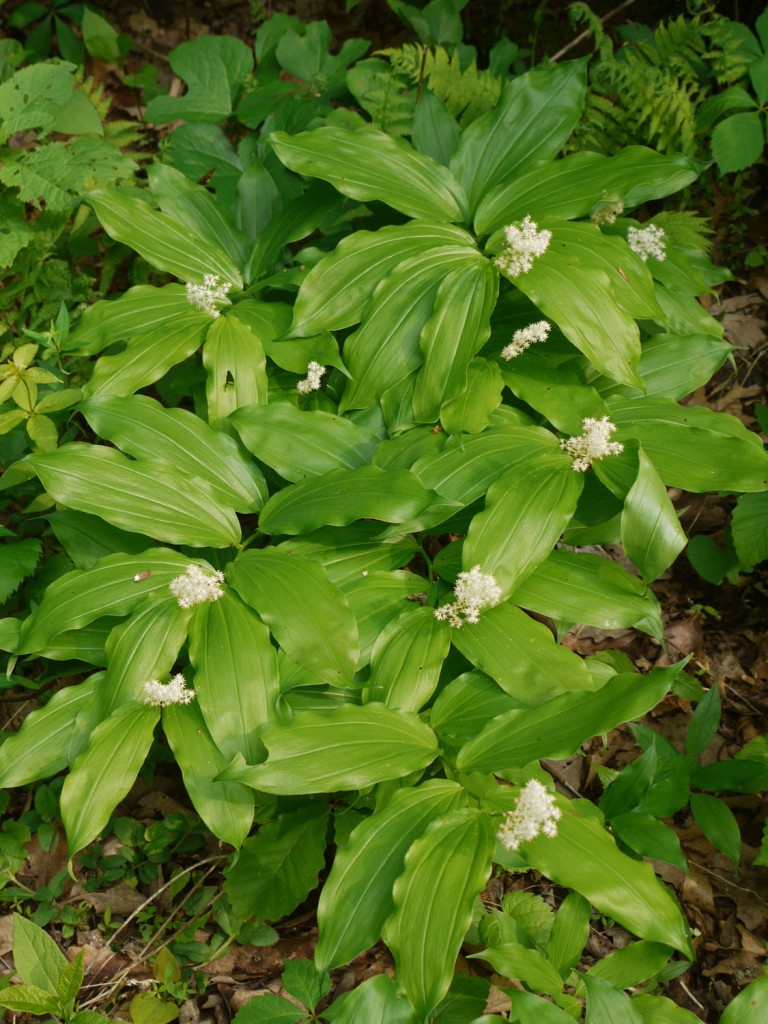 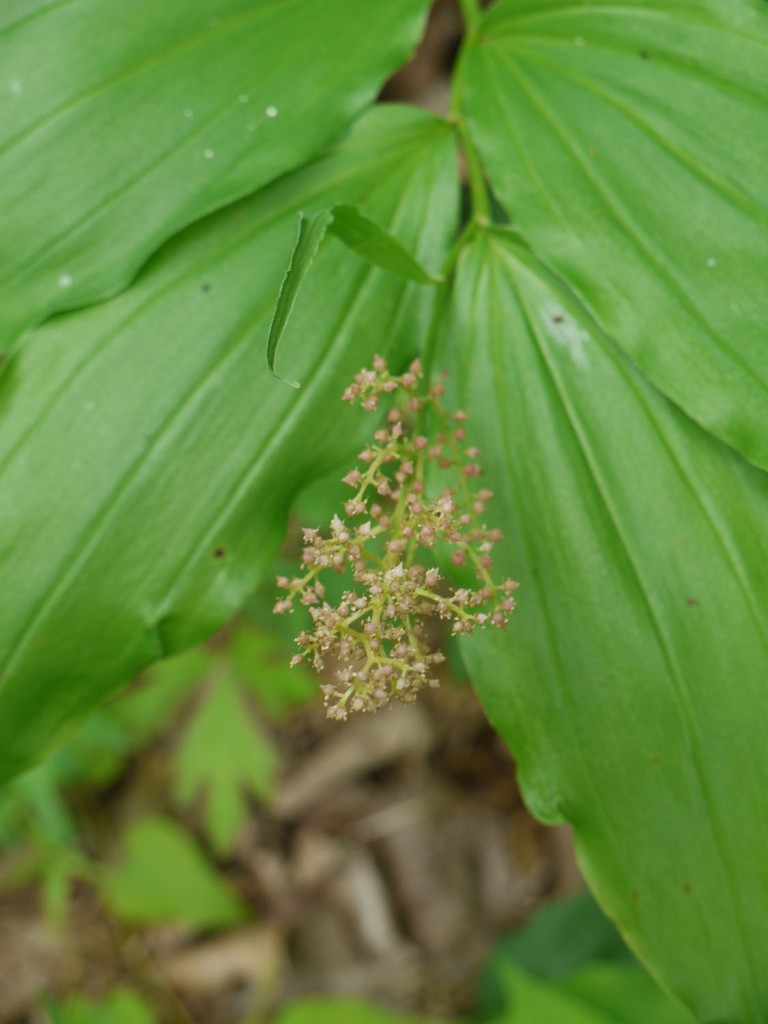 Flowers dying back and beginning process of making berries 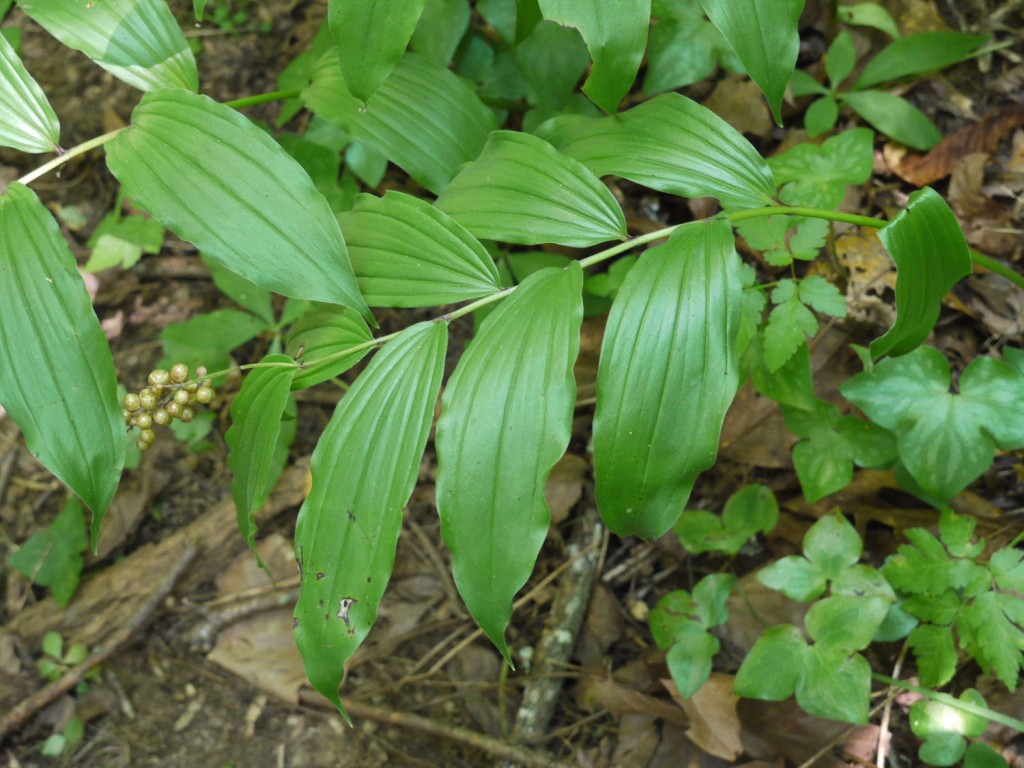 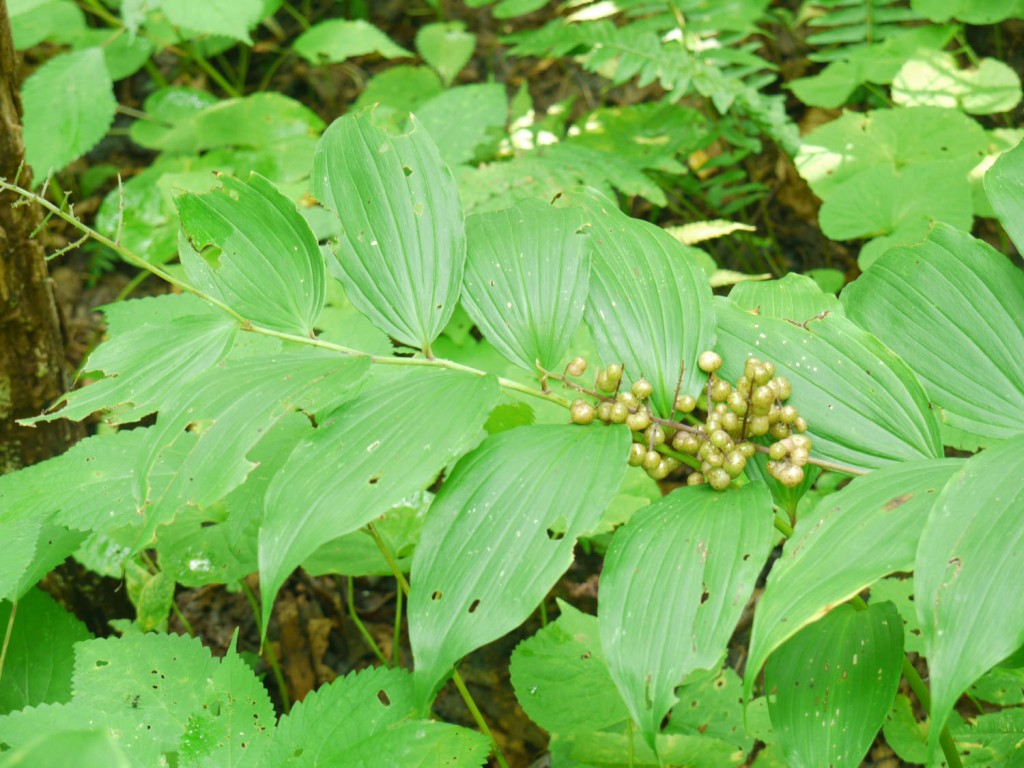 Fall color of leaves and stem on False Solomon's seal

False Solomon’s seal has been used medicinally although it does not seem to be as well documented as Solomon’s seal.  The berries of False Solomon’s seal are reportedly edible and also are red according to some other sources.  I have not seen the red berries — probably because the wildlife eats them before they get to that stage.