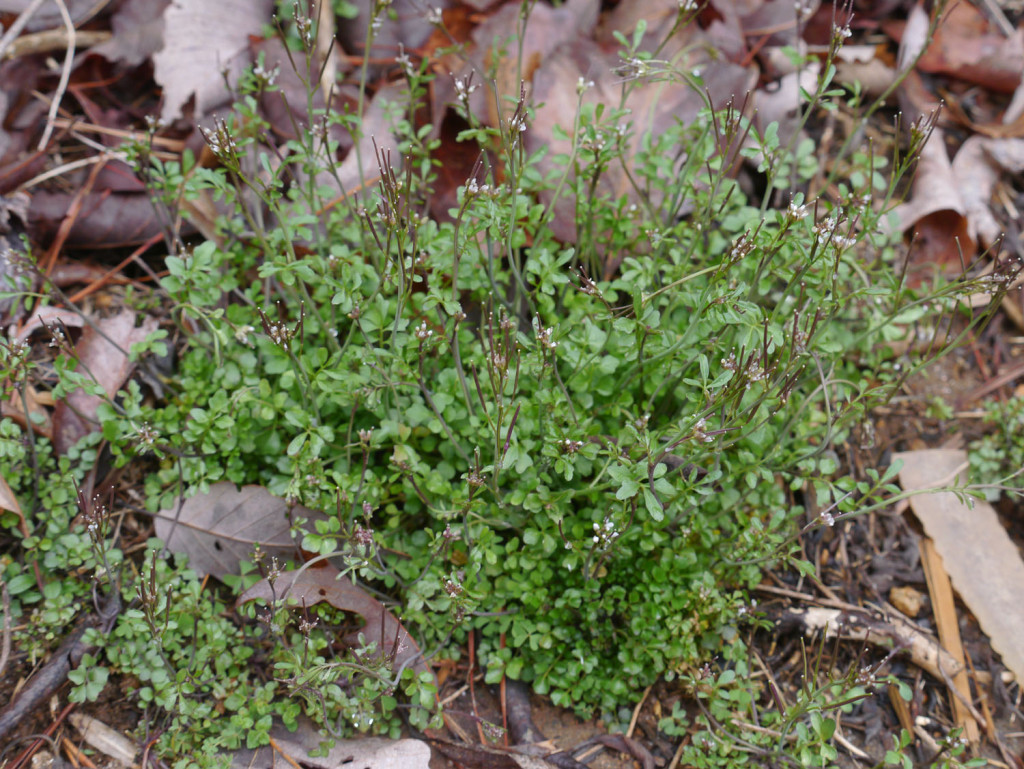 Hairy bittercress (Cardamine hirsuta) grows in many regions of North America — as an import from Europe.  It is most evident during late winter and early spring months.

Here’s an example of the leaves which grow at the base of the plant. 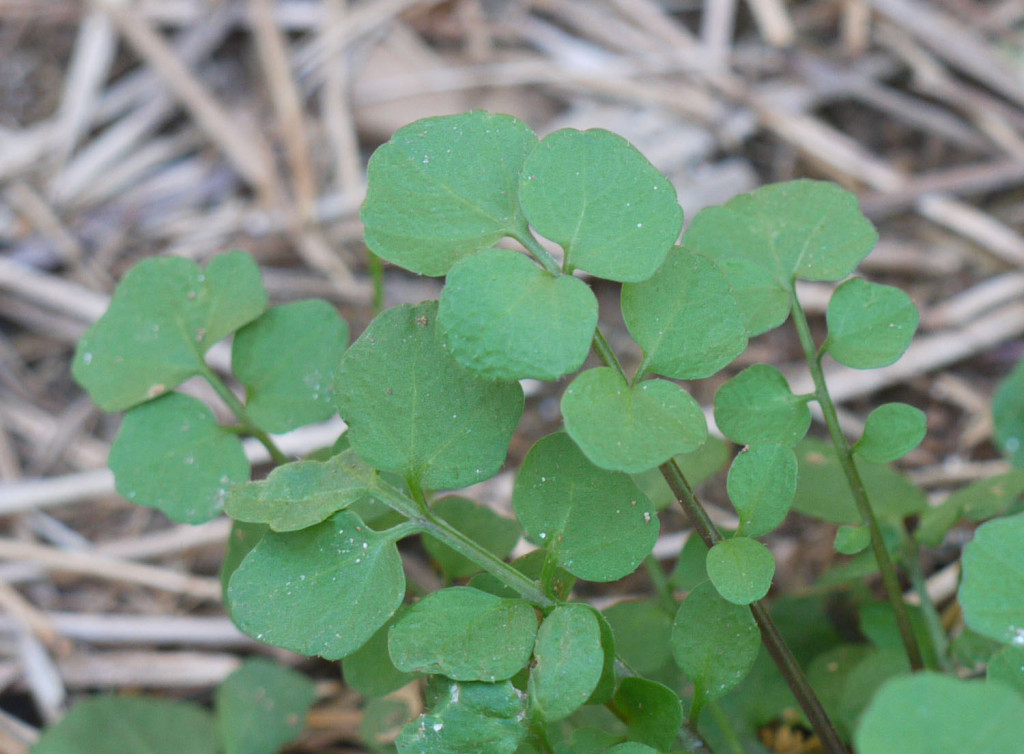 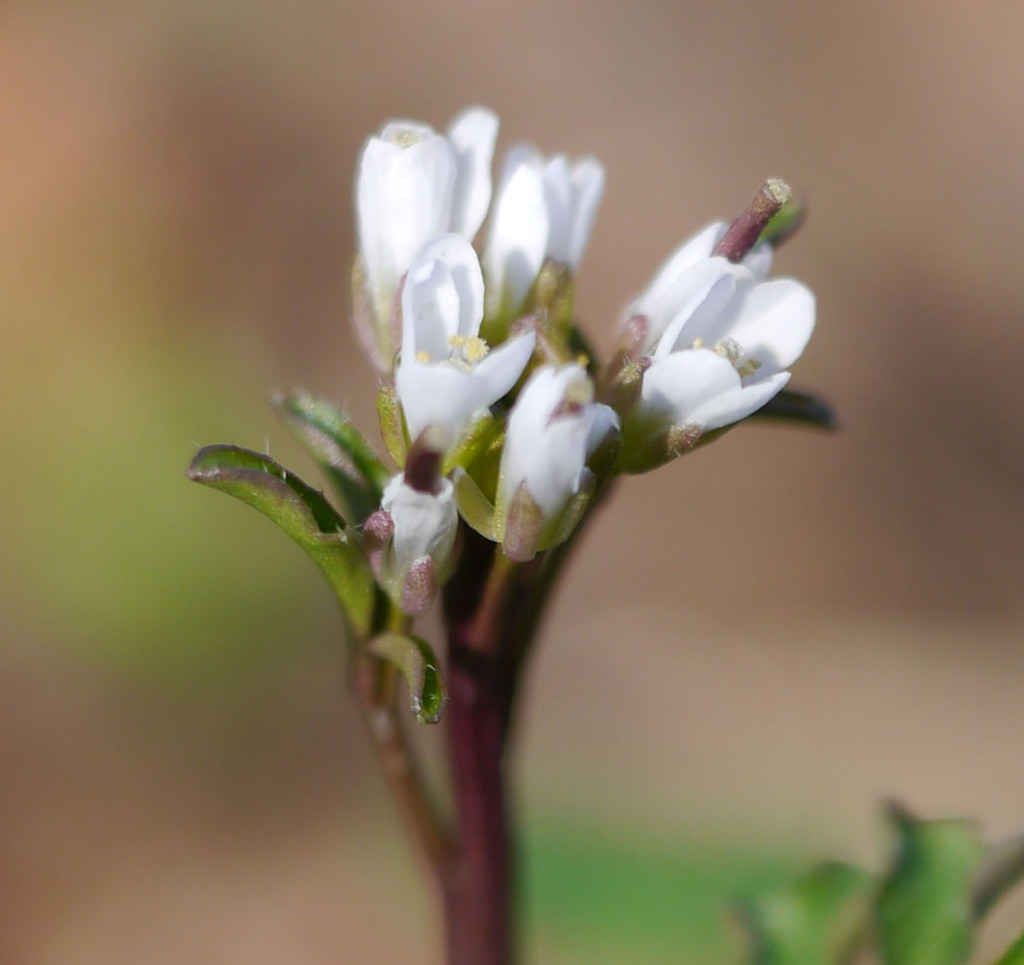 Once the flower has been fertilized, the long thin seed pods develop their tiny seeds.  The seed pods split open, with the two sides of the pod curling away and releasing the golden-colored seeds.

Watch this video to learn more about Hairy bittercress (Cardamine hirsuta) including the name of its special type of seed pod, why it’s called “hairy” bittercress, and why most gardeners dislike this plant.