Here are four different plants with very similar leaves.  (Click on the image to get a larger view with better details.)  The leaves all have the same overall shape with coarsely toothed margins.  The venation looks the same with each of the two left-most images and with the two right-most images.  So what other differences are there to help with the identification of these plants?

Aahh . . . now we can see some distinct differences!  The two plants on the right have stinging hairs along their stems.  These are Stinging nettle (Urtica dioica) and Wood nettle (Laportea canadensis).  They are more closely compared in this previous post — along with Clearweed (Pilea pumila) — also a member of the nettle family.  And, yes, that is Clearweed’s stem — second from the left.

For a last bit of four-way comparison, here are some of the inflorescences to be found on each of these four plants.  The first image is of our “mystery” nettle. 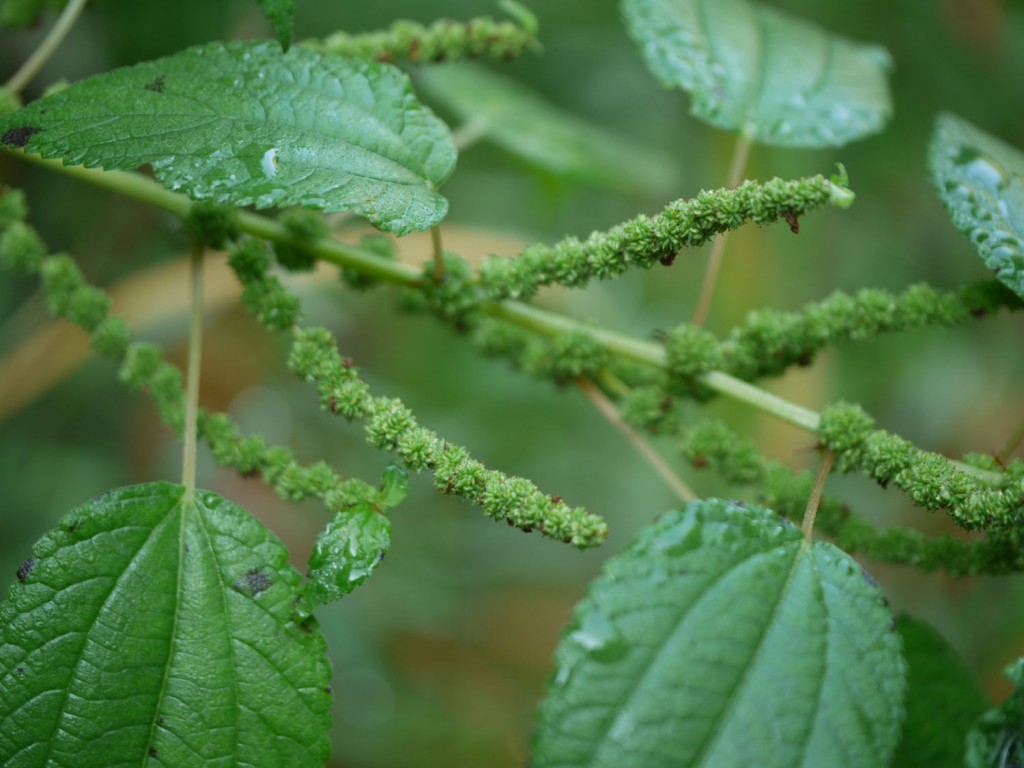 The next three are in the same order (left to right) as shown in the four-across photos previously. 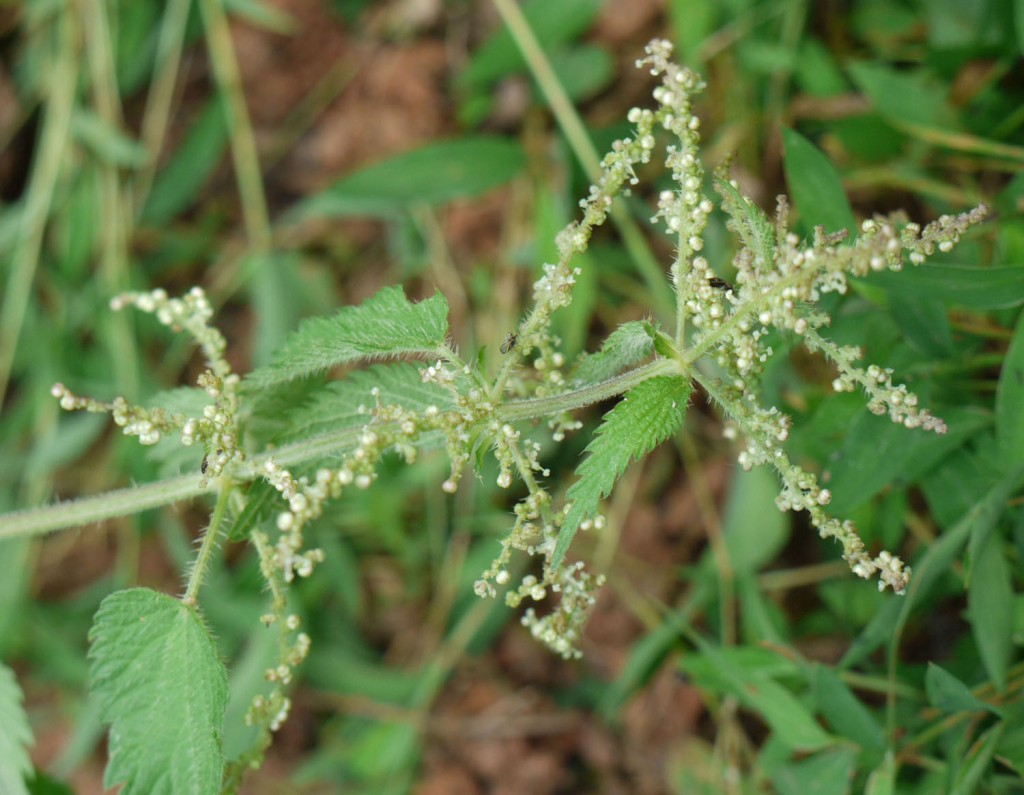 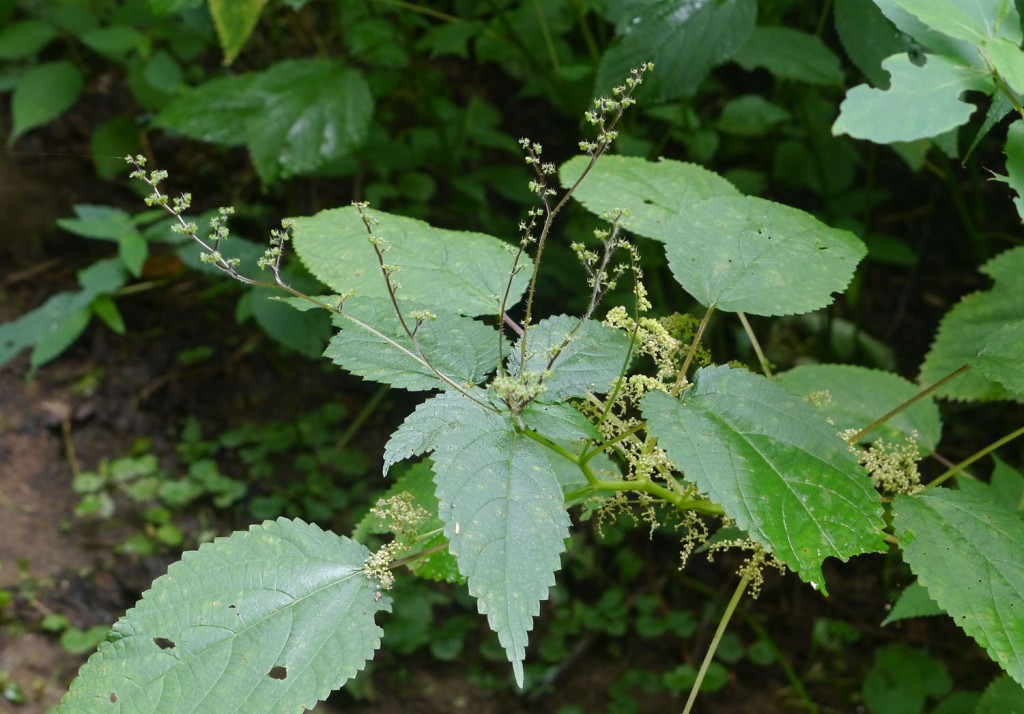 The fourth nettle (the left-most image in the four-across groupings above) is called False nettle.  The inflorescence shape is reflected in its scientific name — Boehmeria cylindrica — as the flowers are grouped in cylindrical shapes along the stem.  Here are some closer views of the False nettle inflorescence.  Notice the new leaf growing at the end of the inflorescence’s peduncle (stem) — a common occurrence. 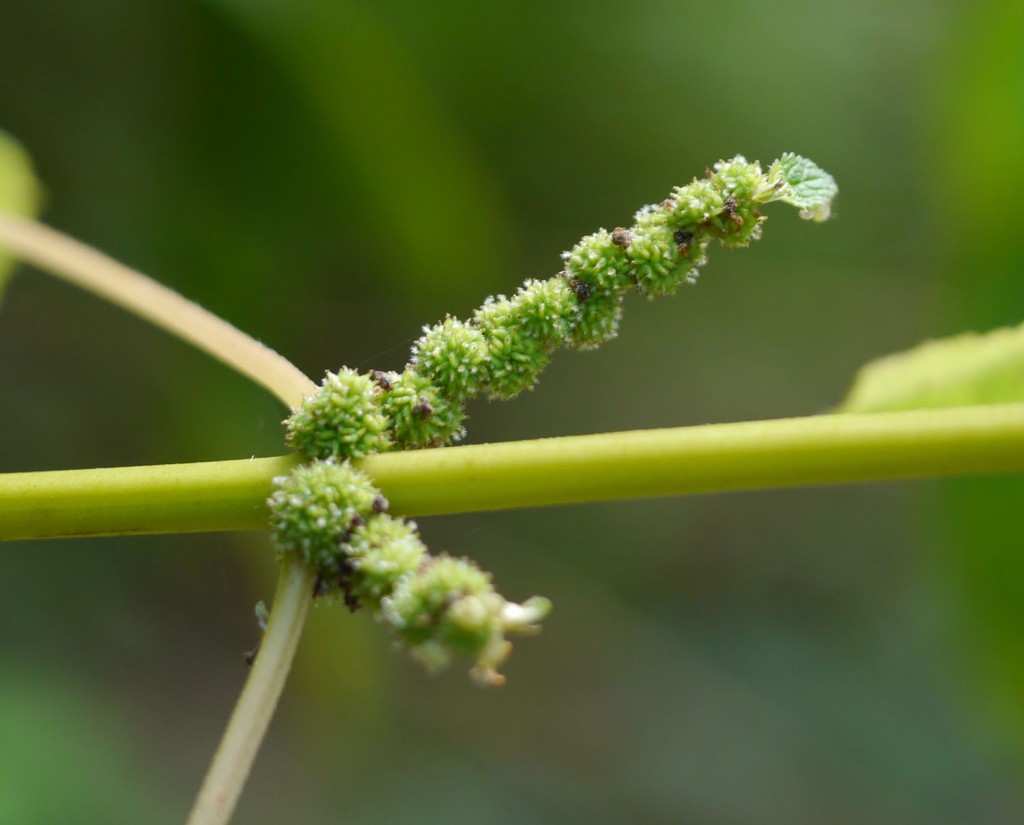 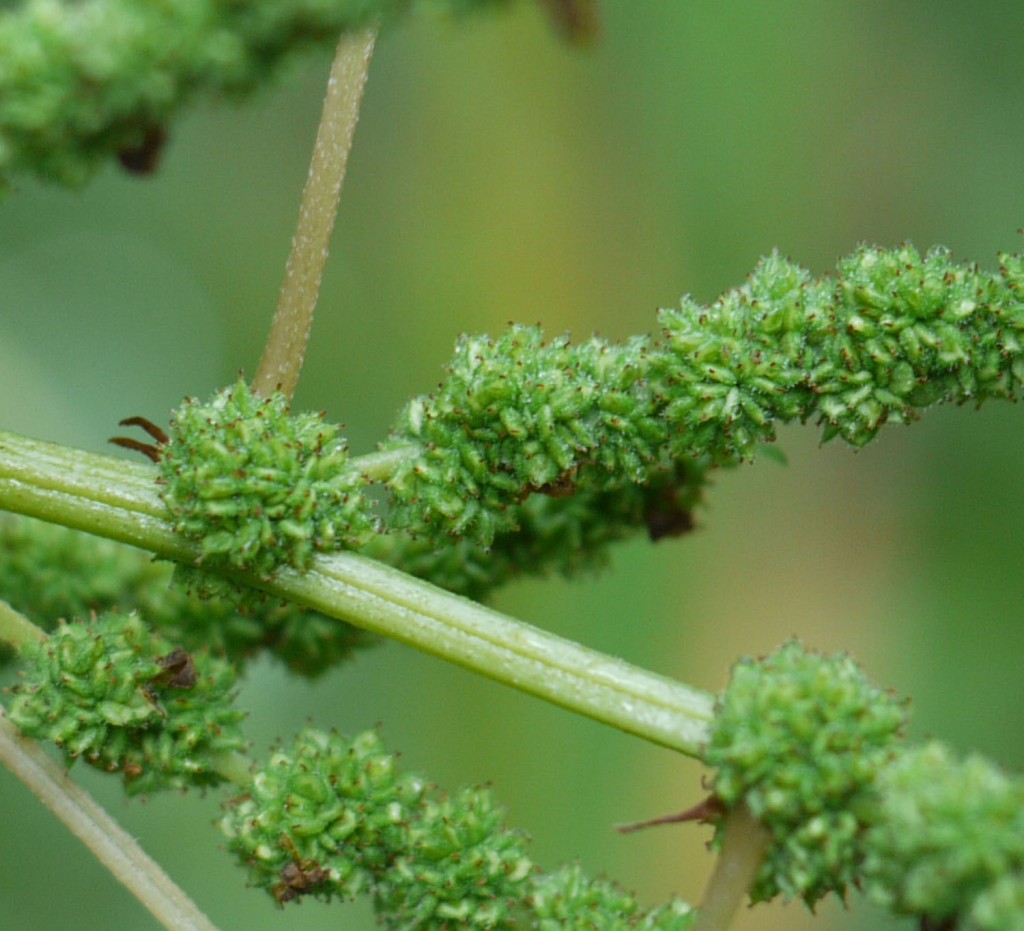 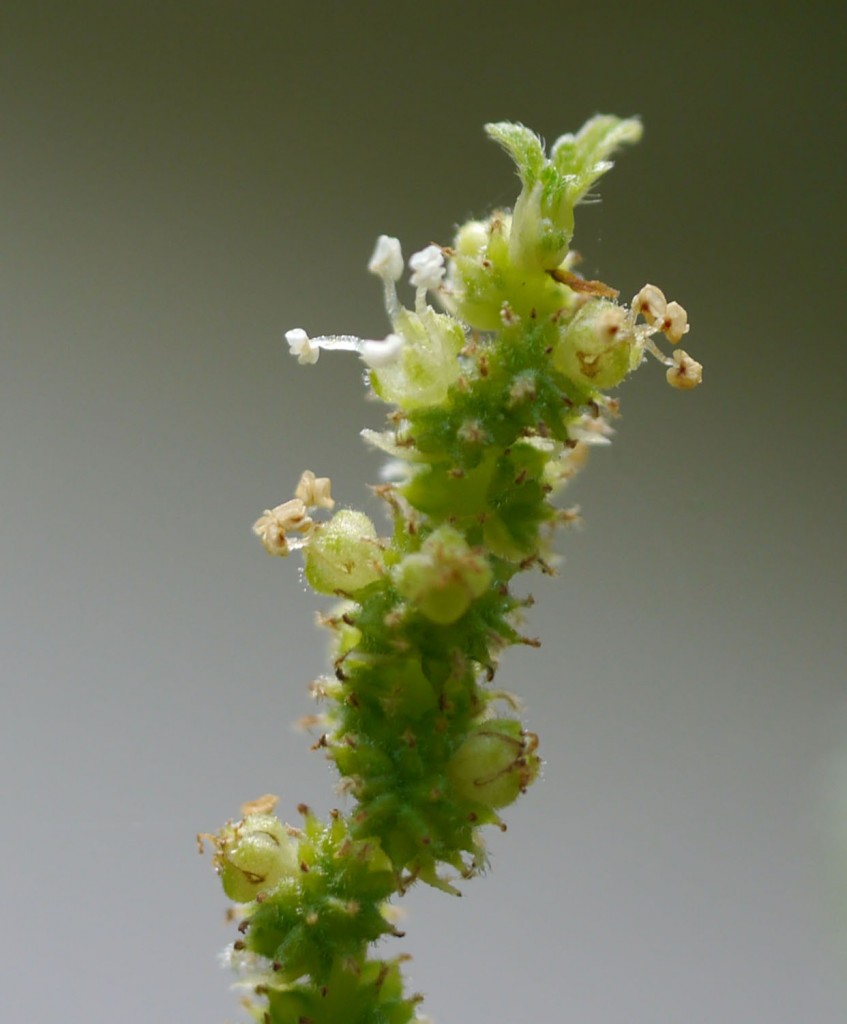 13 Responses to Another nettle