Three members of the Nettle Family 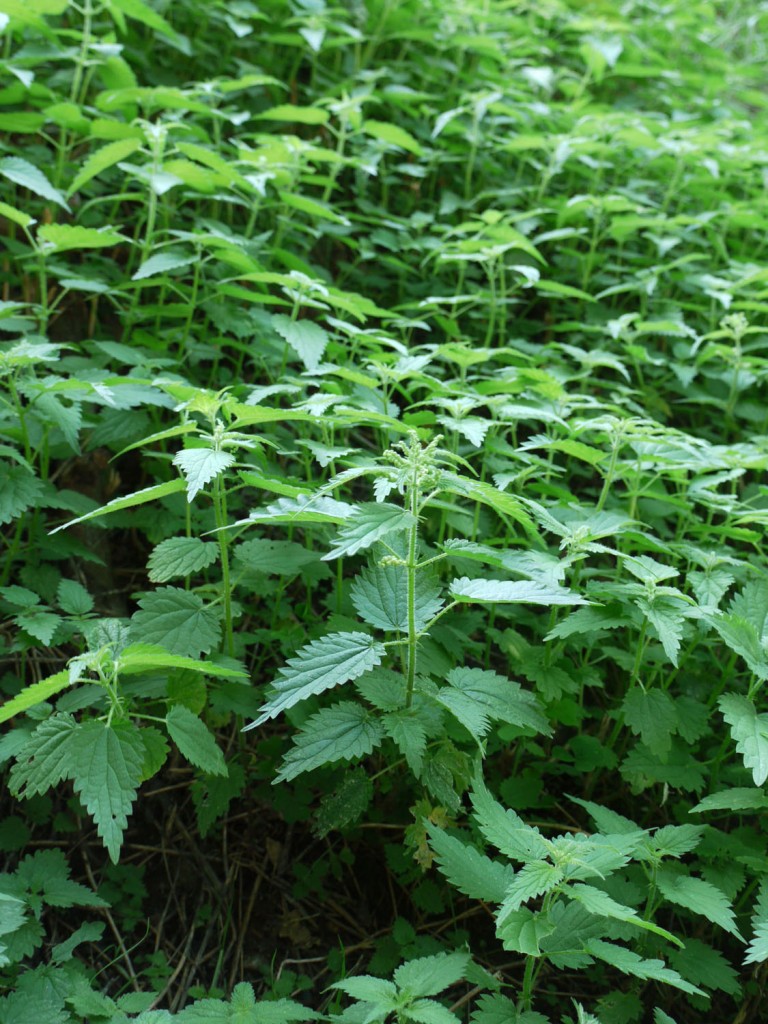 Probably the most commonly known and recognized member of the Nettle Family (Urticaceae) is stinging nettle (Urtica dioica).  Many folks know of its medicinal and edible qualities and enjoy foraging for it.  Stinging nettle can be found throughout North America, Europe, Asia and North Africa. 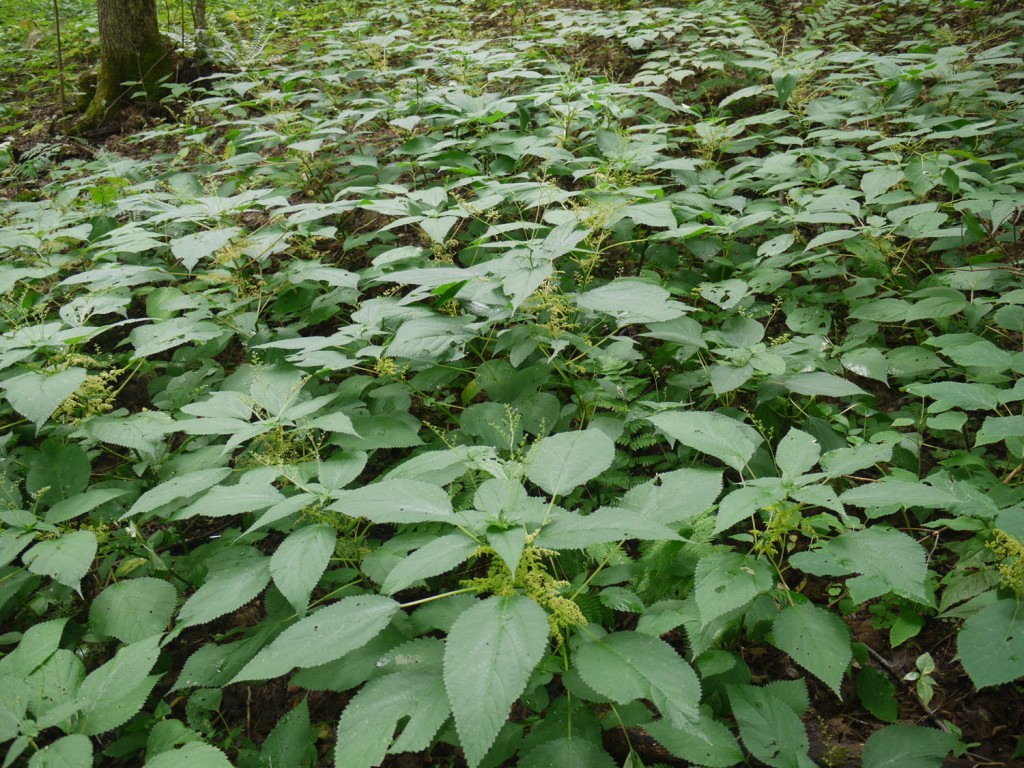 Less well known is wood nettle (Laportea canadensis) which is native to the eastern half of North America.  It, too, is prized by foragers as food and medicine. 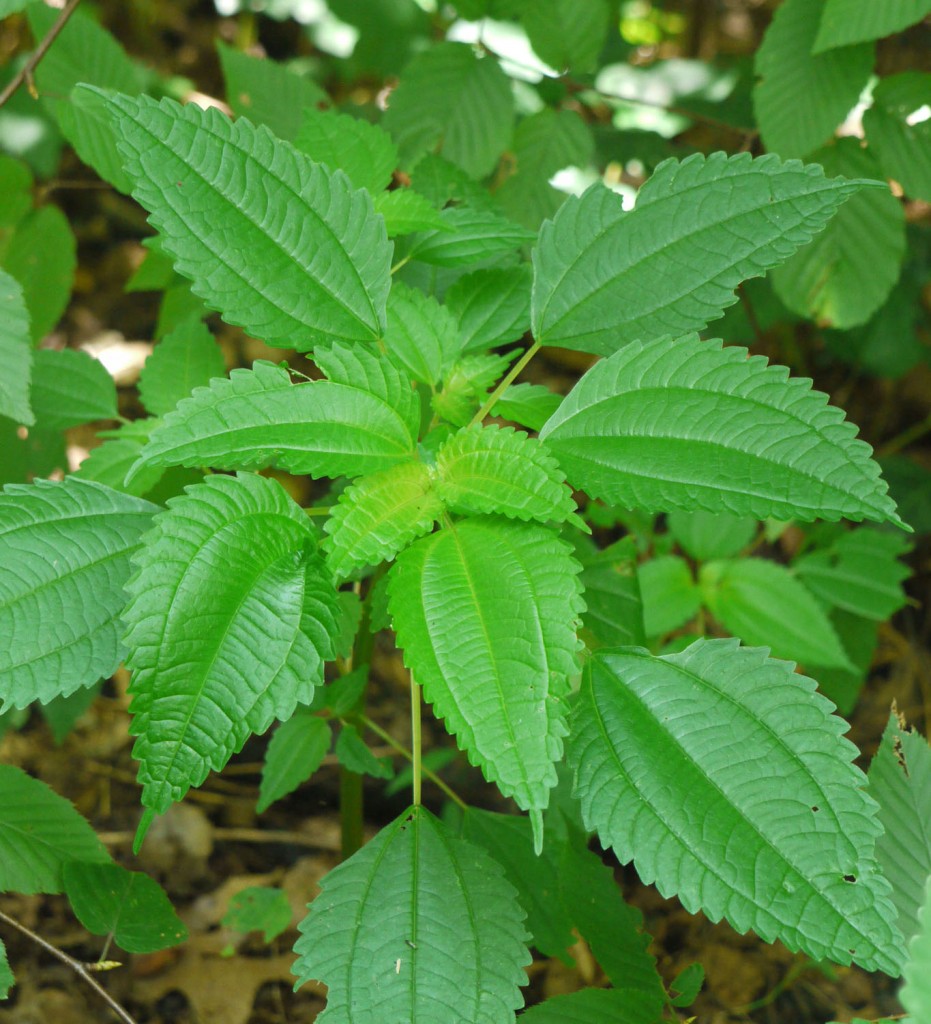 The third plant to review in the nettle family is clearweed (Pilea pumila) — also found in eastern North America.  I have read that it is edible and people have foraged and eaten this plant — mistakenly thinking they were harvesting stinging nettle.

So let’s look at some commonalities and differences between these three plants.  (If you click on the images below, you will be taken to a larger view of each of them.)  All three plants are in the Nettle Family.  And each has been assigned to a different genus (Urtica, Laportea and Pilea).

When we look at the leaves we can see how very similar they are in shape.  Clearweed’s leaves are smooth and somewhat glossy while both stinging nettle and wood nettle have “rougher” looking leaves. 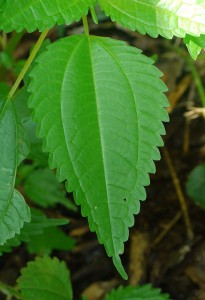 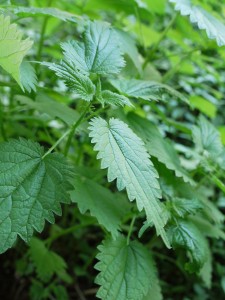 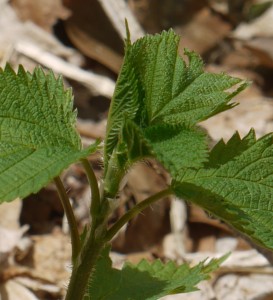 As you can see in the wood nettle photo above (taken in early spring), the stems and underside of the leaves are covered with stinging hairs.   Stinging nettle has similar stinging hairs along its stems. 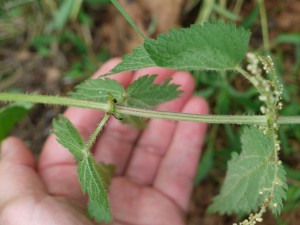 Clearweed does not have any stinging hairs at all. 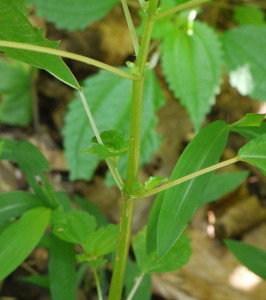 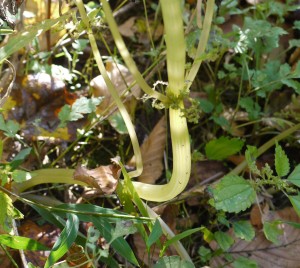 Since both stinging nettle and wood nettle look so much alike — and both protect themselves with stinging hairs — how can we tell these two plants apart?  The most obvious difference is the orientation of the leaves along the stems.  Stinging nettle’s leaves are opposite each other. 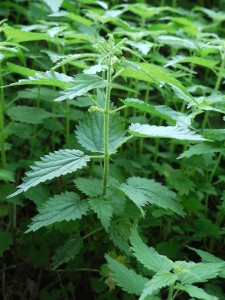 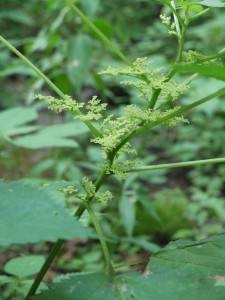 9/3/12: Here’s a comparison with a fourth member of the nettle family.

14 Responses to Three members of the Nettle Family