Quite a few years ago I found a native lily blooming on my property.  I concluded it was either a Carolina lily or a Turk’s cap lily but I couldn’t be sure which it was.  The descriptions I found in field guides were skimpy and I just couldn’t decide.  The primary difference between the two, according to these field guides, is that Turk’s cap lily (Lilium superbum) has a green “star” when looking down into the open flower.  And Carolina lily (Lilium michauxii) does not.

What do you think when you look inside this flower? 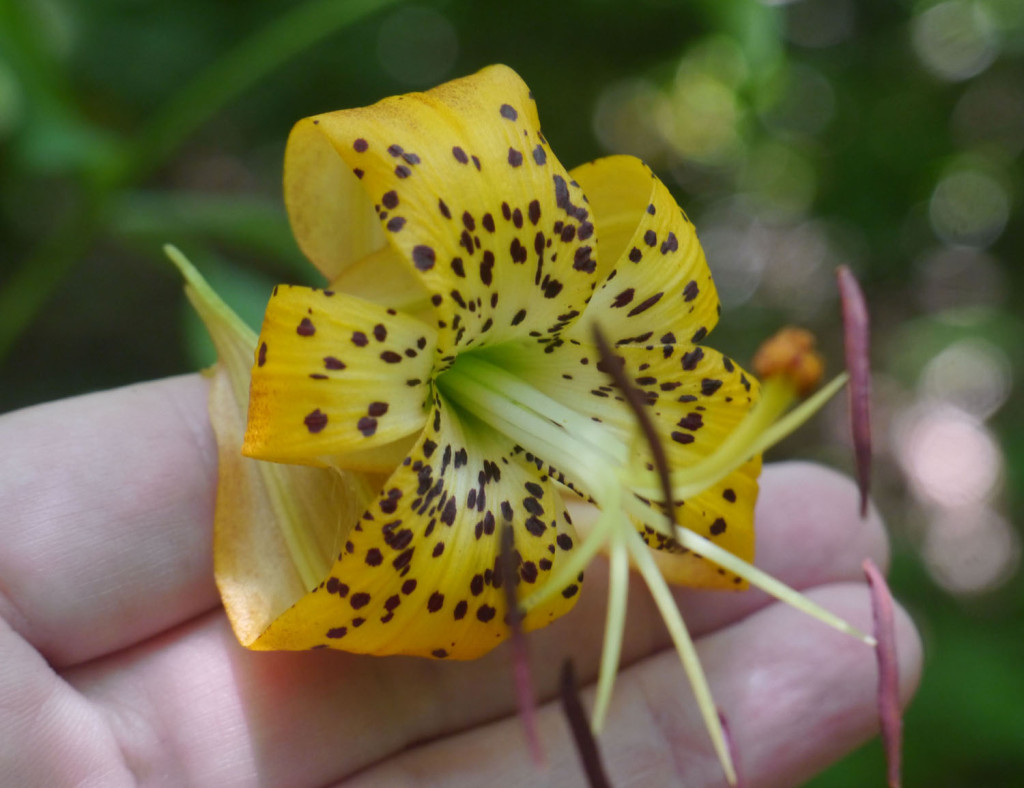 This year I found oodles of Turk’s cap lily plants in bloom along the Blue Ridge Parkway.  This gave me the opportunity to carefully study both species of lily to determine, for myself, the best way to differentiate between these two lilies.

I noticed these two flowers are similar in that:

The plants are different within three identifying characteristics:

Let’s look at each of these three characteristics.  In general, Carolina lily leaves are wider and shorter than Turk’s cap lily.  They tend to be widest near the apex (tip) of the leaf.  And their length is usually less than three times their width.

Turk’s cap lily leaves look very long and narrow.  Their leaves are widest near the middle.  And their length is usually more than five times their width. 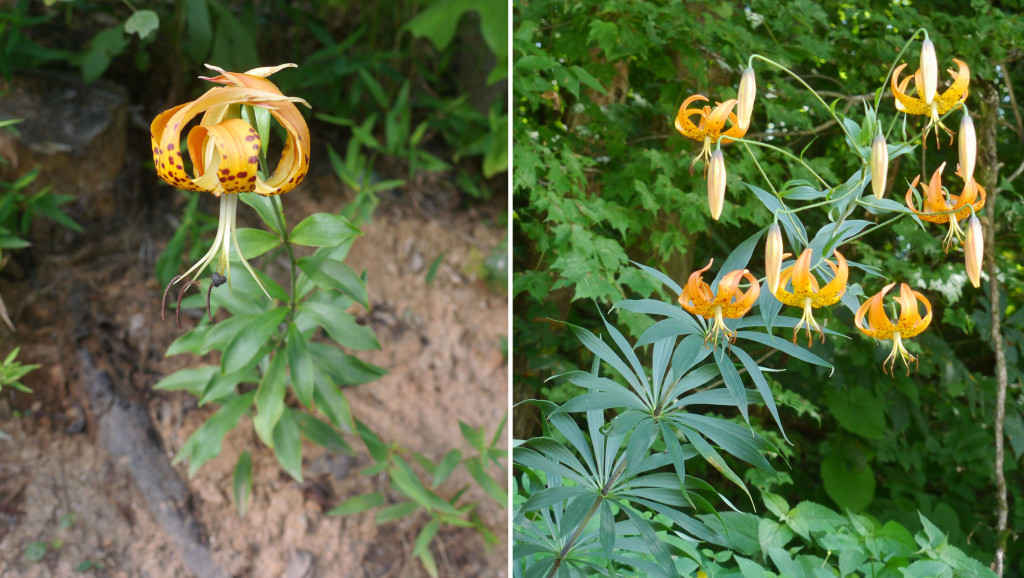 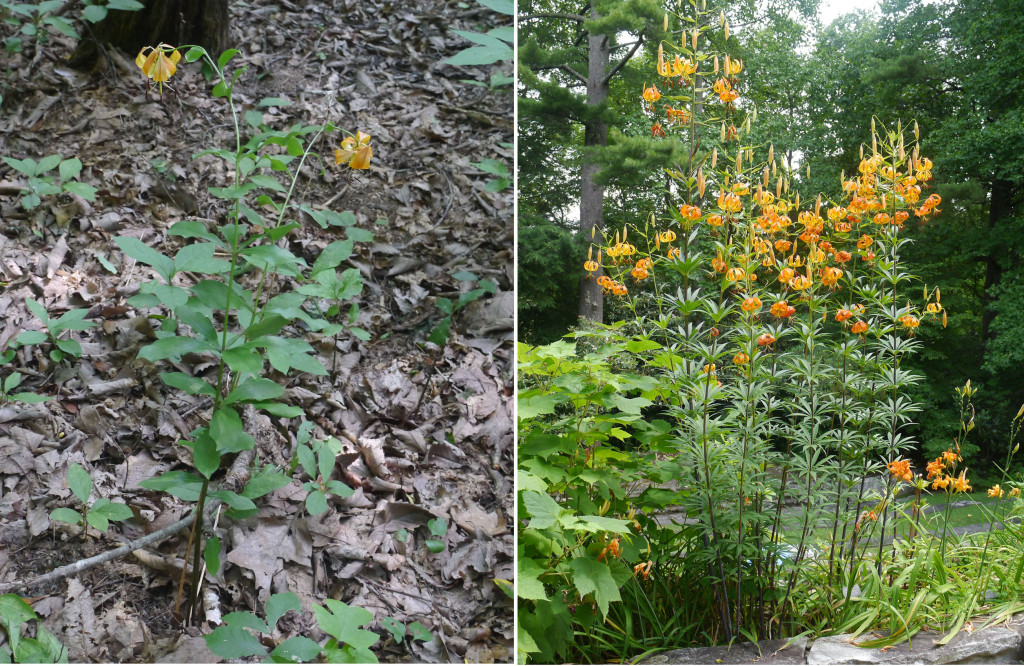 Carolina lily and Turk’s cap lily (not to the same scale!)

The real challenge comes with identifying a Turk’s cap lily which is fairly young in number of years because it will not be as tall as specimens which have been growing for many years. In that case, I study the leaves to see how wide they are and resort to looking for the “green star” inside the flower.

Here’s the best photographic comparison I can make for you of the green portion of each species’ flower.

Sometimes you will find sharply defined green points. If you do, then you’ll know you’re looking at a Turk’s cap lily.

Now I know that the lily I found years ago is Carolina lily (Lilium michauxii).  I have found this same species in several locations on my property.

Studying these two species of Lilium reminds me of the importance of looking at many parts of a plant to ascertain its identity.  Looking only at the flower may not be enough to determine the species.  Leaves, stems and habitat can provide more clues for accurate plant identification.

2 Responses to Carolina? or Turk’s Cap?